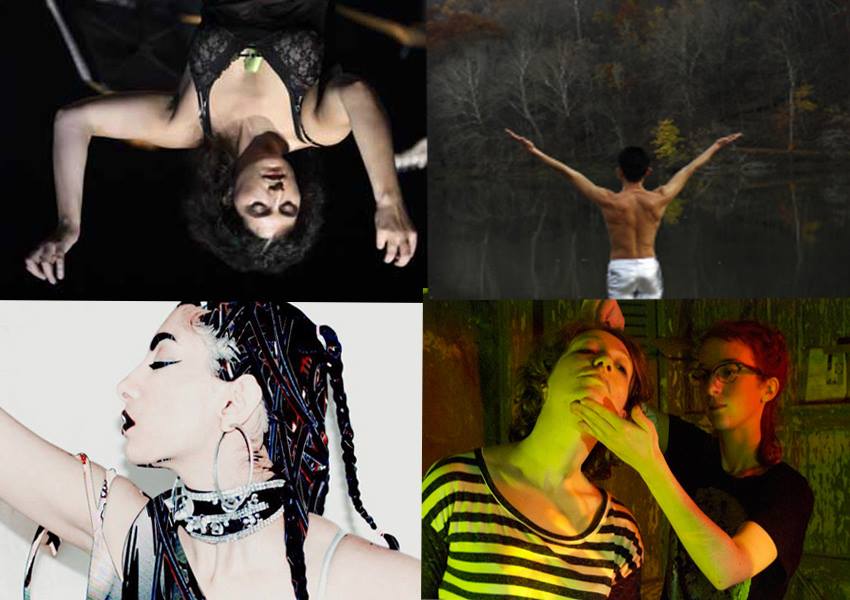 dramatic endeavors are often strictly defined, mediated, and conditioned by The Theater, but "theater," sometimes in disguise can be found in the dramatic considerations and intentions central to the performance work of inter-disciplinary artists and groups: arc, gesture, character, language, symbolic props, cues, lighting, sound, costume, even narrative. This series re-applies the frame, the function, the dialectic, the epic, the agit-prop, and APPLAUSE, APPLAUSE, APPLAUSE

SADAF is a multidisciplinary performance artist and musician of Iranian descent. Her focus is the body, its extensions, resistance and confinement, the construction and deconstruction of femininity. Her rough, industrial noise and haunting vocal improvisations focus on the political machinations of glamor and cinematic narrative. Based in New York, Sadaf's practice incorporates a variety of mediums, often linked through a foundation in performance. In an era where self-performativity and documentation is prevalent, the conceptuality inherent in contemporary performance art often seeps into tactics of advertising, celebrity, brand-formation, media and the gaze. https://soundcloud.com/sadnava

LAYLAGE COURIE burned stuff to make this piece. Hi. I make things from words. My website is lame right now but it has links to my soundcloud and tumblr feeds where you can keep up with what I do: www.luminouswork.org. This piece will be downloadable for free. It is deeply indebted to Carl Sagan's Cosmos.