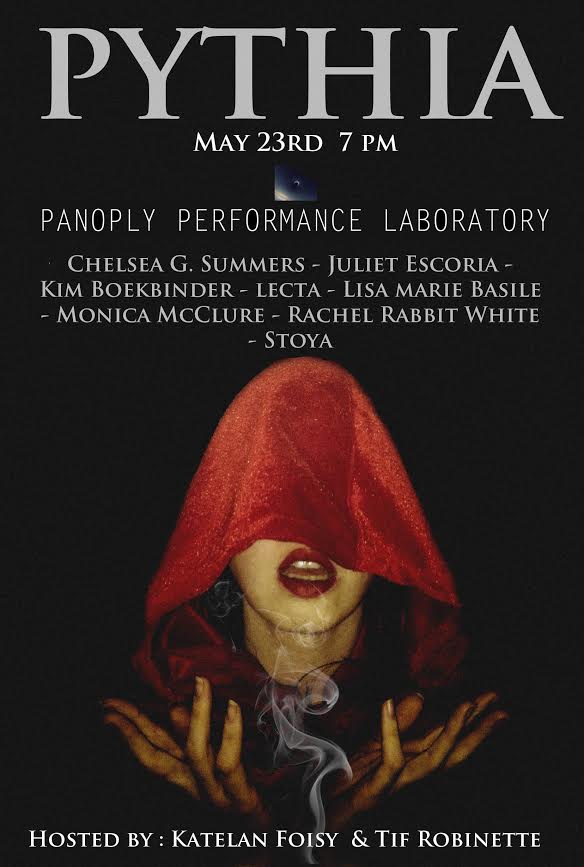 Panoply Performance Laboratory is pleased to host PYTHIA: a fantastic line-up of female writers for an evening of readings. This event will feature work that exemplifies the author as oracle.

Pythia was any priestess at Apollo's oracle in Delphi. Her name was derived from "pytho" which was Delphi's original name and also pertains to pythein - to rot alluding to the giant serpent slain by Apollo. Pythia delivered the oracle in a trance like state often talking in code which the priests interpreted.