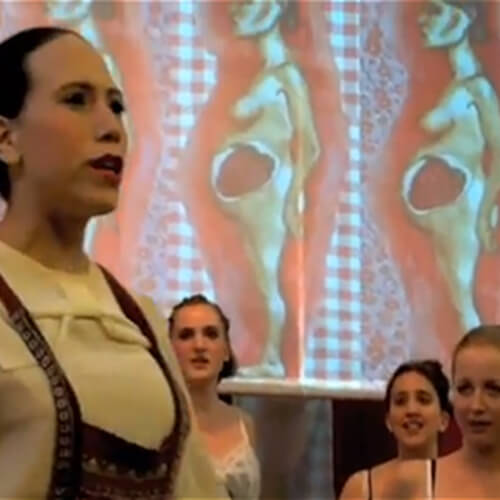 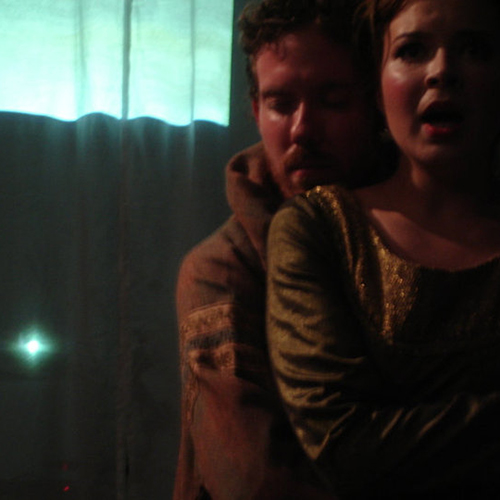 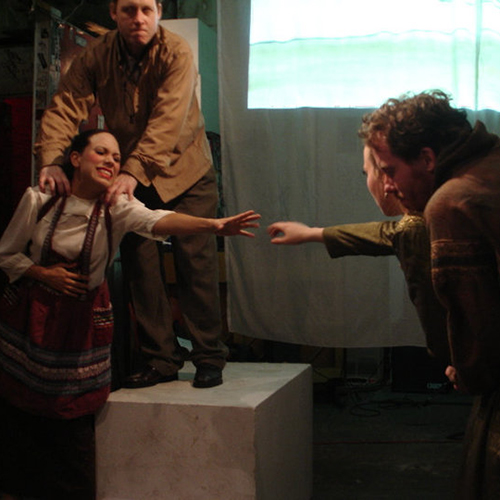 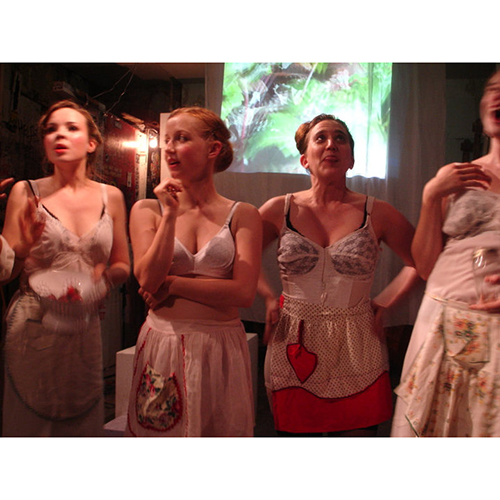 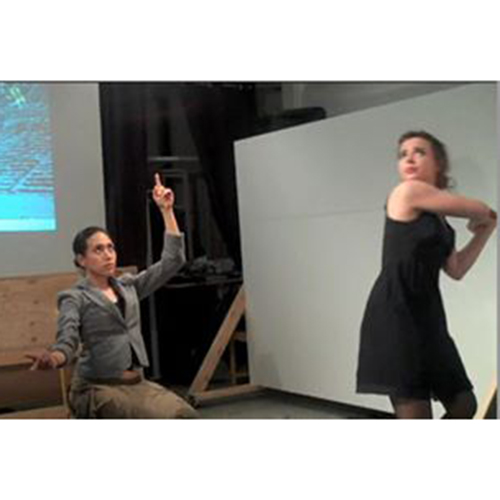 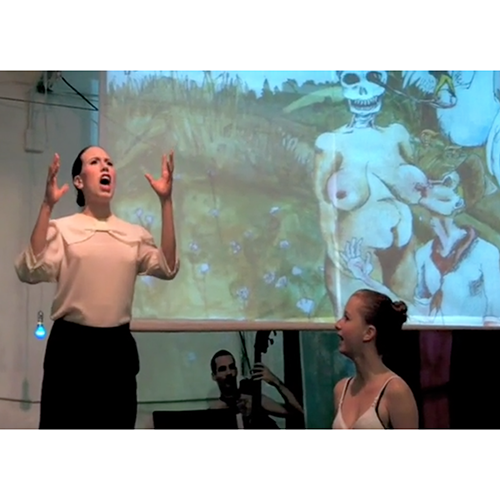 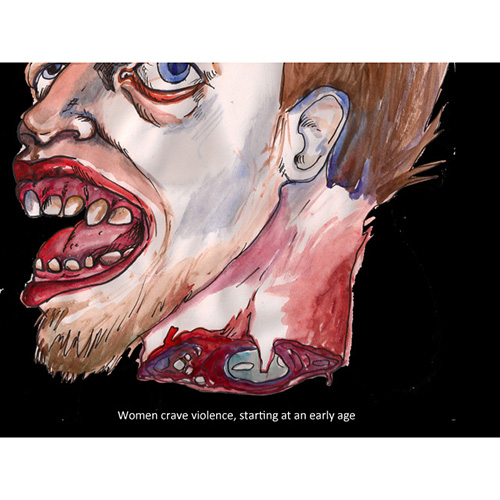 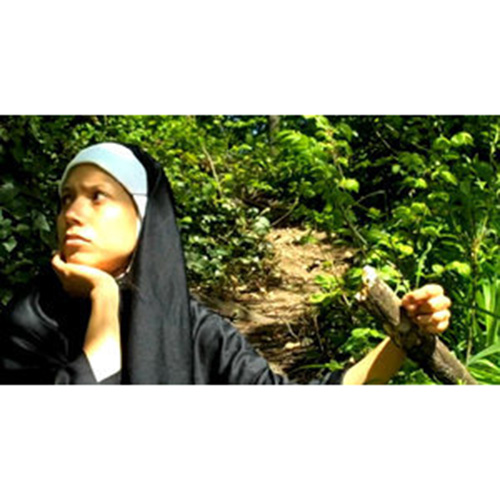 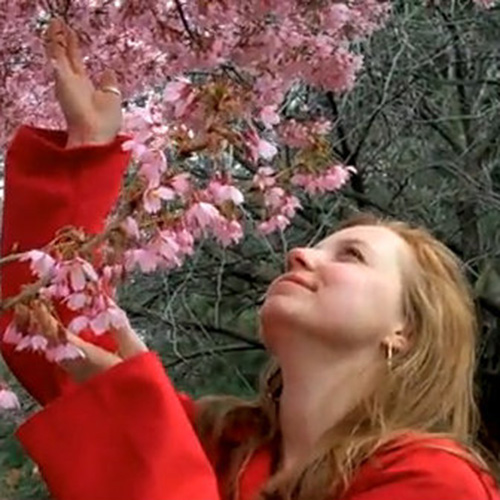 The Last Dreams of Helene Weigel or How to Get Rid of The Feminism Once and For All is an experimental, documentary opera following Helene Weigel, Bertolt Brecht’s wife and "the greatest actress who ever lived" as she snaps the neck of a wild swan, escapes robbery by door-to-door linoleum salesmen, and makes covert visits in her dreams to the nunnery cell of Héloîse d’ Argenteuil, the 12th Century philosopher best known in light of her lover Abelard’s castration. Helene is also haunted by Sor Juana Inez de la Cruz, the self-proclaimed "worst woman in the world" (also played by Andrea Suarez).

Formed through interviews with women who self-identify as such, we use apocryphal stories of these historical women as detailed examples of female constructions of self. PPL asks; is it true that women conceive themselves as a pattern of interconnections? Is "construction of self" a concept constructed by a male-centric philosophy of being? How have women felt about being women? How can one woman combat her own representation of every woman? What are the common experiences of 'women'? What elements comprise the social performance of “womanhood” and how/why was/is this role constructed?

I have never met a woman I can respect. (Notes)

Respect, not as found in the maxim “respect your mother” but rather as an antonym to abjection, is earned or built through judgment of the value and importance of actions of an individual over time. Respect given endows an individual with the authority to not only make concrete decisions for social and familial groups (and for himself) but also to explain and define the reality accepted by humankind, that which can be known, felt, and communicated: that which is sensible, and “real.” On the other hand, disrespect/abjection is the erosion of an individual’s authority and right to distribute the sensible and define reality. Without the respect of other individuals, familial or social groups, mytho-cultural respect, et all, a person may be unable to determine his or her own reality, let alone influence or affect that of others. In psychology, having one’s truth or “sensibility” doubted repeatedly, ignored, or shown contempt, is emotional abuse.

Emotionally abused individuals have trouble completing things and making decisions, lie when they don't need to and have difficulty determining the “truth” even about little things, have difficulty with intimacy, authority, compliments and affection, judge themselves mercilessly, and constantly seek the approval of others, have difficulty making decisions and often lock themselves into a master/slave or parent/child relationship with others (playing either role) and have difficulty accepting when things are out of their control, especially in terms of details, have difficulty seeing “the big picture” and tend to blame others for their mistakes. During research for this project , complaints about contemporary women being stupid, superficial, emotionally immature, unconscious, insecure, and basically unfit to distribute the sensible bubbled constantly to the surface, sparking curiosity about a kind of widespread emotional abuse that affects those individuals defined by their environments and by themselves as women.

This type of collective shame and emotional abuse is perhaps the second “problem that has no name” that women in the industrialized world have faced. Individually, we may blame personal relationships, familial histories, and traumatic events. We may then prescribe medication, education, and other constant advice about how to be more sensible and normative (i.e. male). We may also force widespread social patterns of disrespect into private, subjective spheres, back into the bodies of individual women where psychosomatic illnesses born out of this culturally-condoned emotional and psychological abuse wreak havoc on ovaries, stomachs, hearts, lungs, and brains and emotional illnesses perpetuate the damage and create cycles of psychic and emotional dis-eases throughout gender paradigms.

If there is anything with which Feminism can be credited, it is an enduring struggle to keep these systemic patterns of cultural dis-ease visible and public, to keep the head of these issues above the waters of private complaint. The need which drives Feminism now is aligned with a larger “existential” one: to find a validity and internal/external sense of power and source of authority that is mimetically existent in each individual while keeping the needs of a globalizing society constantly in mind. What we know is that any psychologically, emotionally, and physically existent human being needs a certain trust in the reliability of a self which can influence reality, a self which can be relied upon to exist and to be recognized as existent by others and that without trust in the existence of the self, utter madness ensues, as well as a complete inability to empathize, rationalize, or imagine a better future for the self and others. […]

For the text of this piece, interviews with women, texts by Feminist scholars, mainstream information, and more has been “emotionalized,” that is, the “sensible” content has been replaced by musical, metaphoric, and image-based material (much in the way that Cixous suggested in her writings about ecriture feminine and jouissance). For PPL, this process allows us to explore multiple modes of “gender performance” and multiple types and natures of the self as it comes into contact, embodies, reifies, consciously puts on, and subconsciously reacts as various roles, characters, assuming signifiers of every aspect of the perceived self, both as perceived by the self itself and by “others” in context.