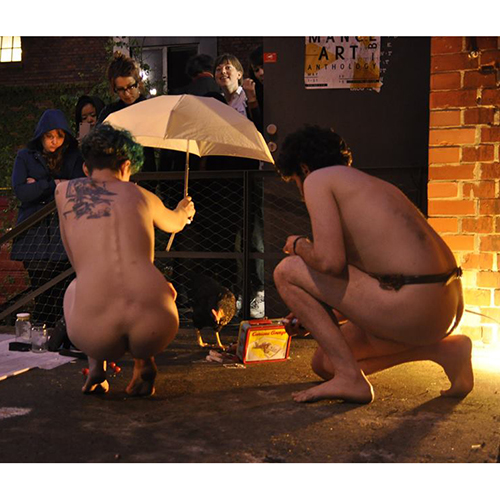 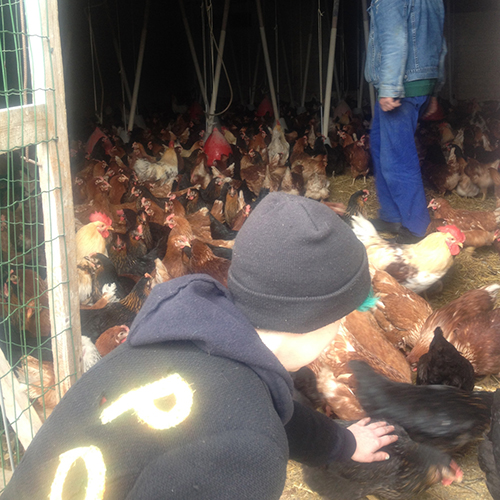 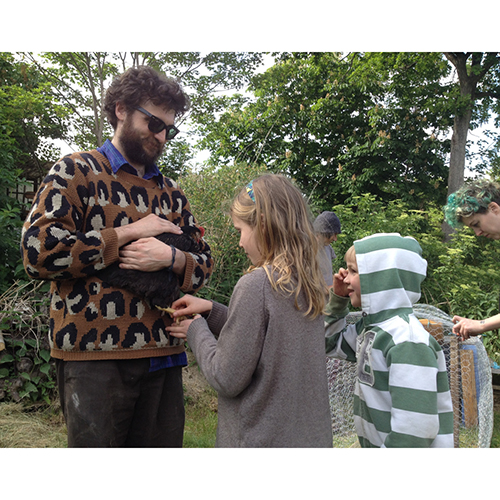 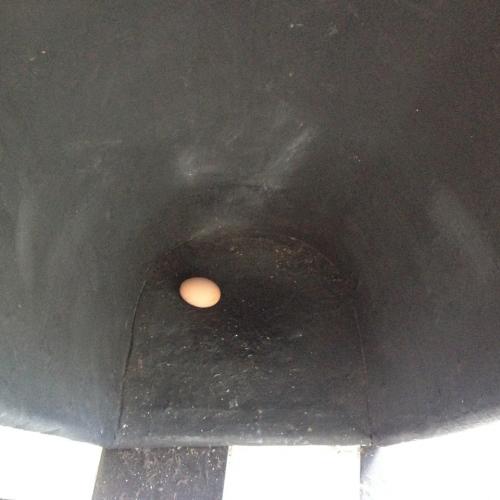 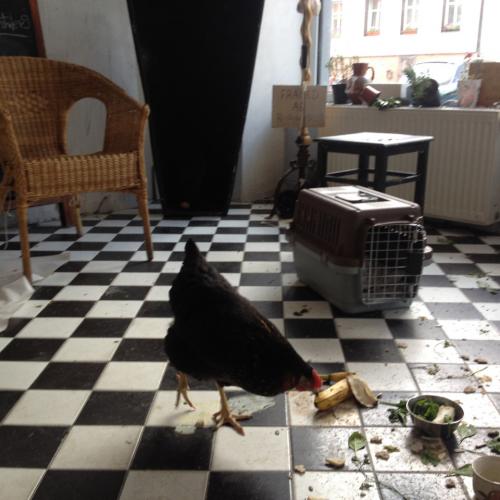 Joel Verwimp and Teena Lange helped PPL get a chicken. We drove north of Berlin to a farm to pick one out, she was 9 euros and came to the name "Julia." We then performed with Julia the hen at Meinblau (Berlin, DE, “Post-Coital Tristesse” during Month of Performance Art, Curated by Lan Hungh and Delphine Marinier (exstattberlin) and Peter Krilles), in redux of the "NATURE FETISH" work we did our first time at MPA-B in 2012. This work is critical of conceptions of "nature," evolution, and performs resistances to dichotomies between the "humanly conceived" and the "animal," between "consciousness" and "unconsciousness," and so on. In the performance, it was raining, Joel told us to sing but we refused, Julia enjoyed some rye stalks, we encircled her shit with chalk, Adriana's grandmother's umbrella was of assistance. After this performance, Julia was allowed to live at Gruentaler9 as a durational performance, as we waited her to lay an egg (thank you Teena). Finally, Julia laid an egg. So so many people part of MPA-B then worked hard to help find her (Julia the chicken) a good home. Finally, Shelley at pOnderosa dance residency/program in Stolzenhagen agreed to take her. Teena drove us up and we built Julia a small pen from scrap materials on the grounds, with Ali Dolanbay and two kids. We hope the foxes haven't eaten her.