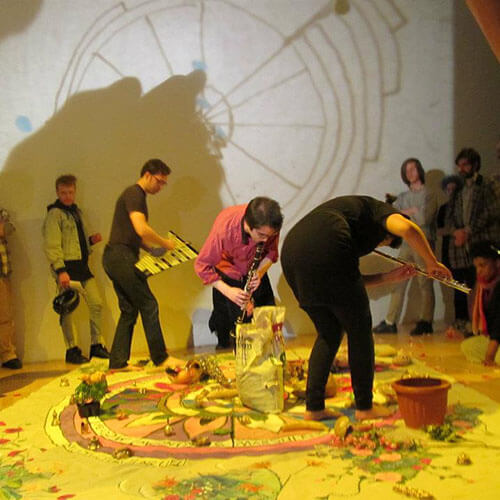 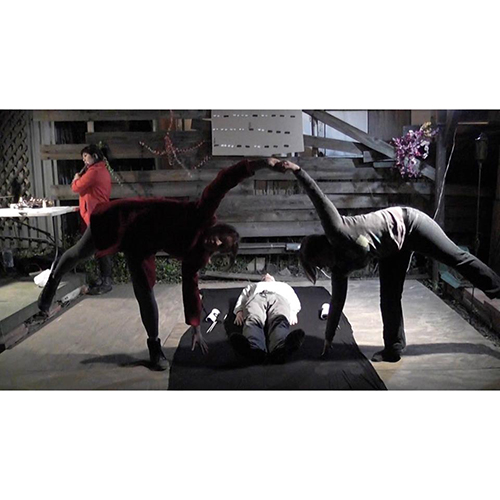 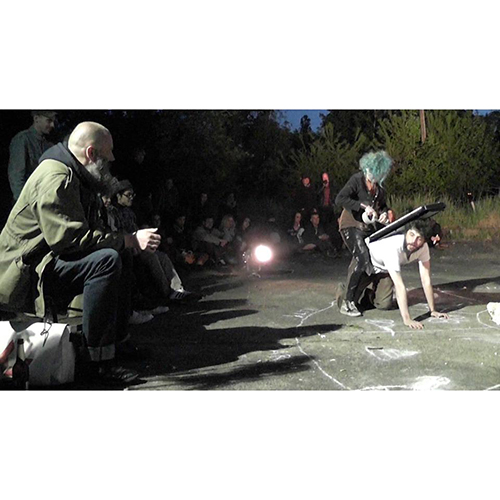 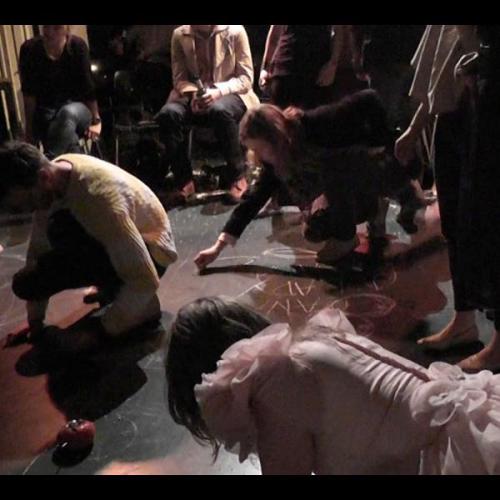 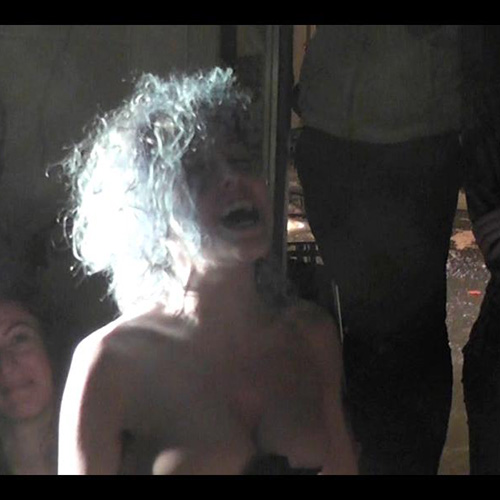 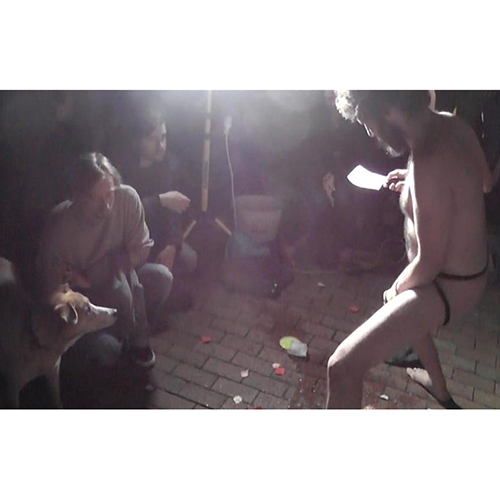 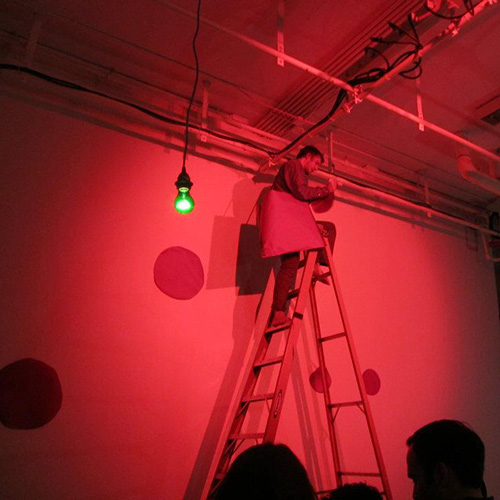 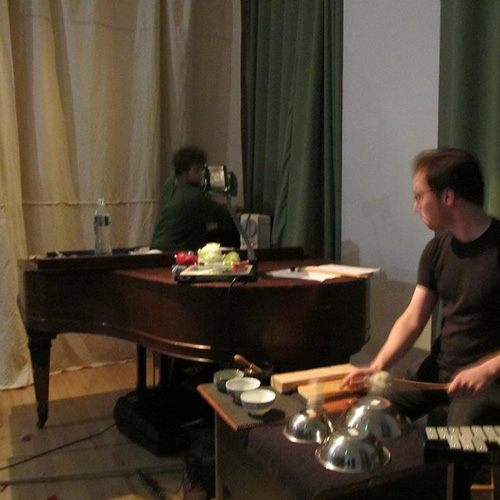 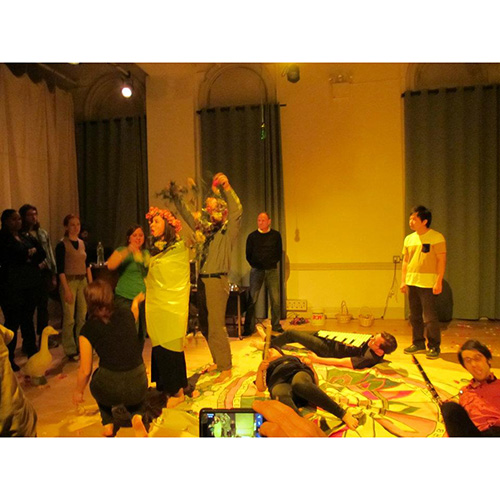 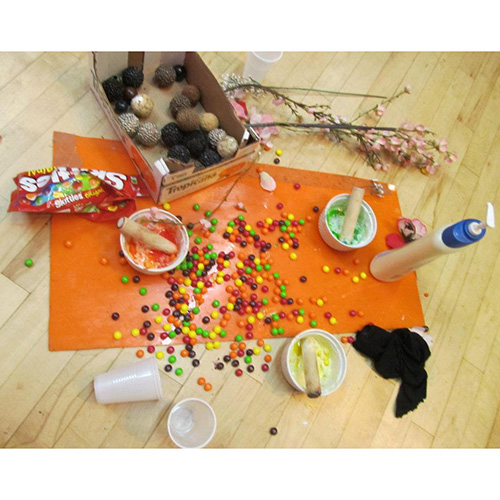 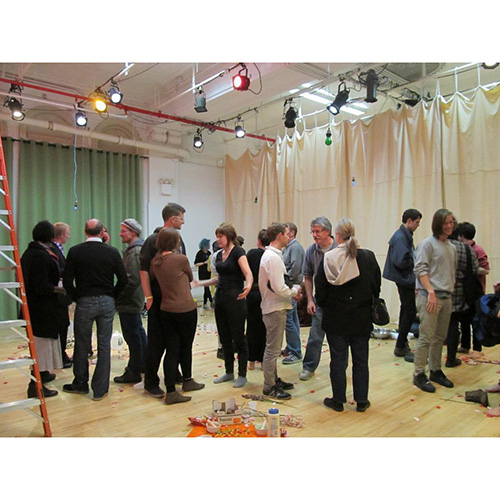 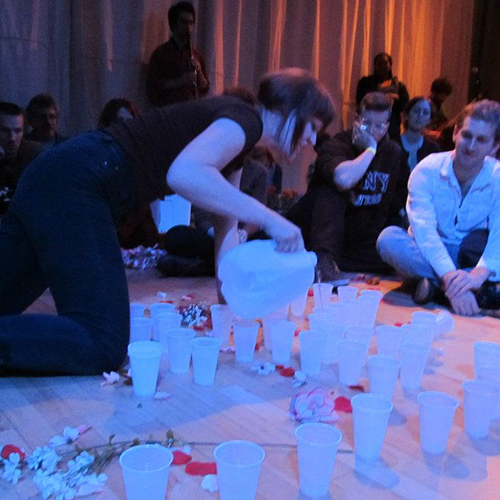 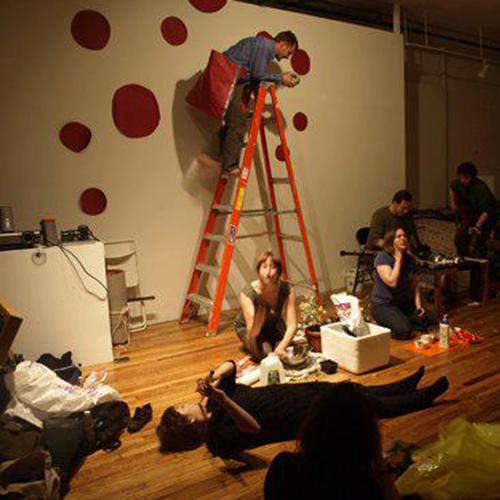 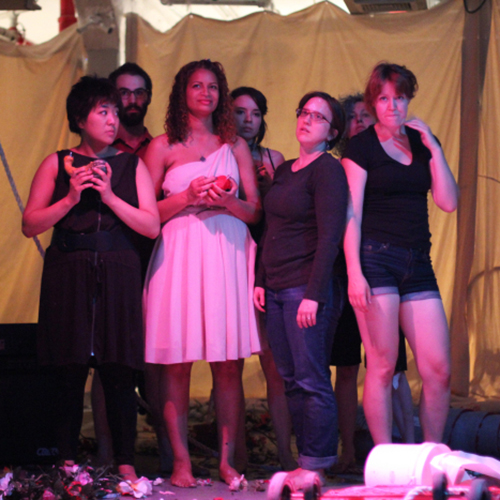 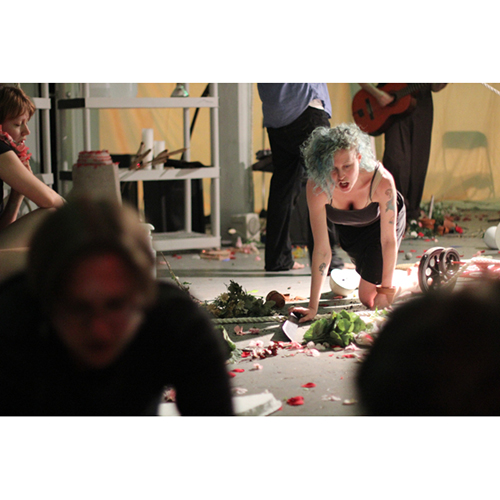 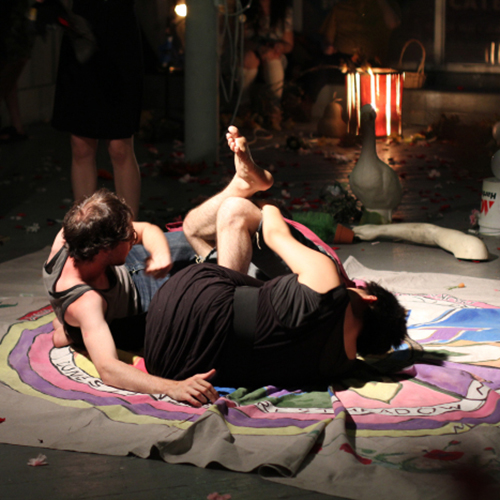 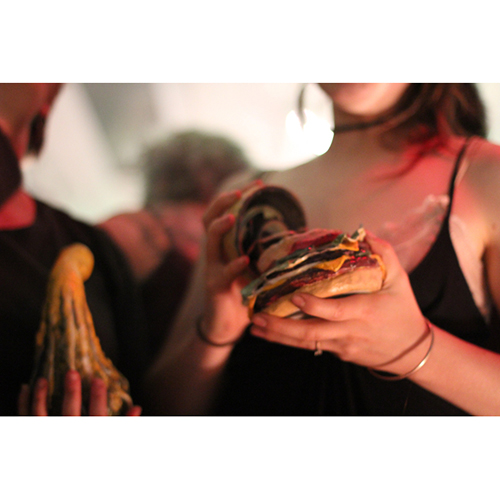 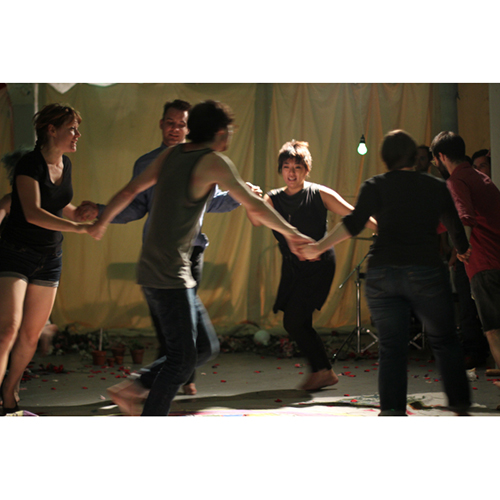 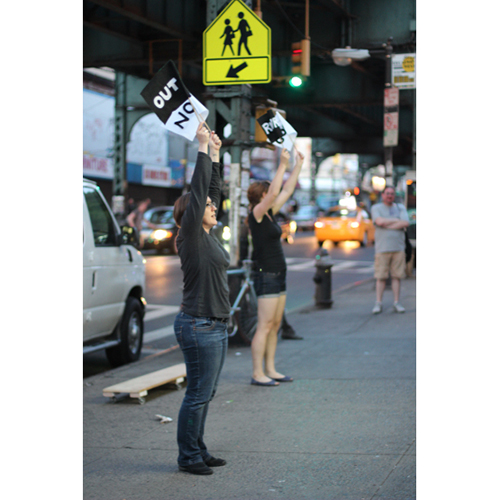 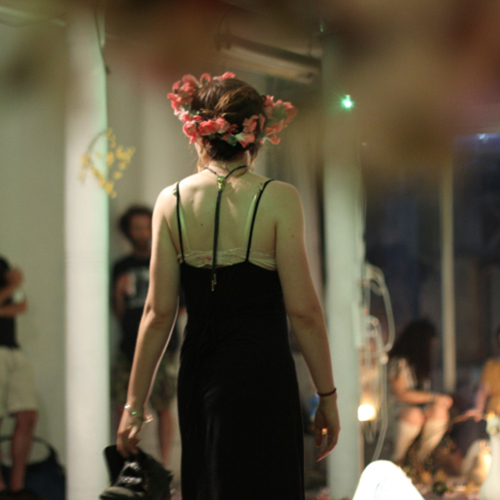 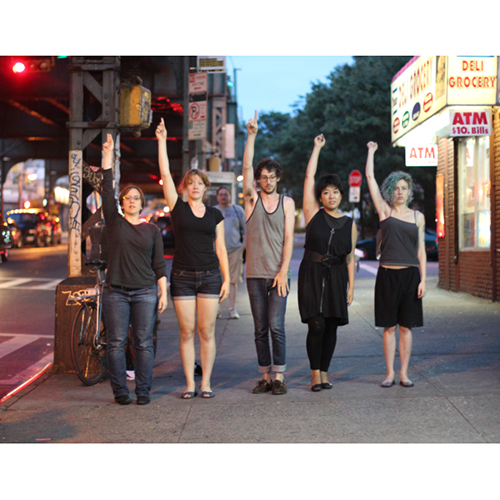 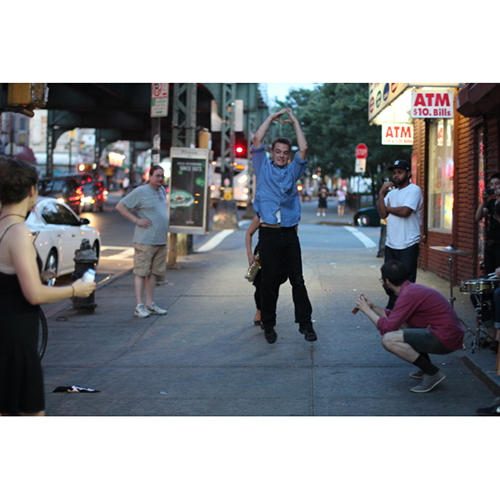 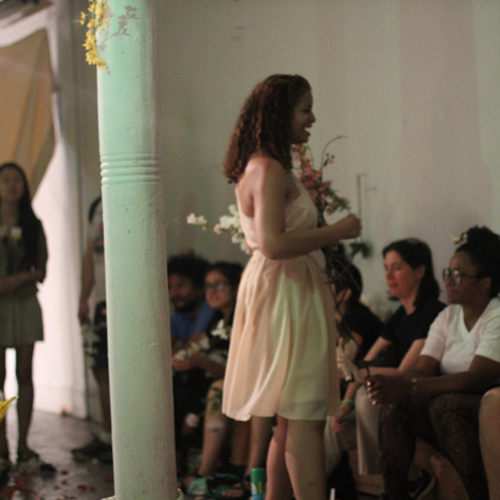 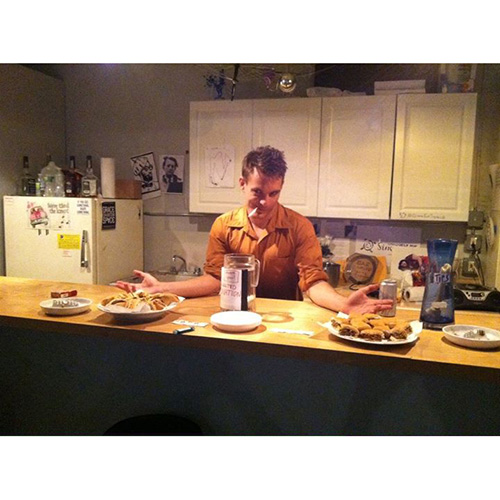 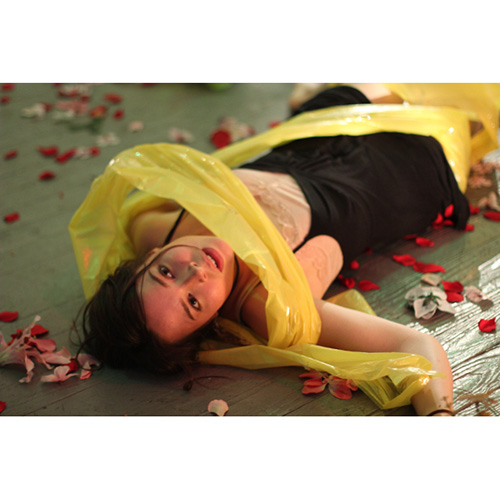 "NATURE FETISH: A Public Opera is quantum animal, a rat-man-epistemology-music-performance art hybrid thriving across field and street and woods and desert, now unaware that he is being watched, now eating the scraps that have fallen down onto the tracks, now squeaking in extended techniques at the top of his lungs. NATURE FETISH is 80 minutes, 4 episodes theorizing "the nature of nature" as conceived by public Focus Workshop participants, authorized humans throughout time, and the artists making the opera. Episode 5 is a 'natural history museum, a zoo, a farm, a laboratory for natural scientists, an exhibition' of individual artists performing their own theories in the context of 6 clusters of nature fetishization."

NATURE FETISH was developed through public Focus Workshops during a residency at University Settlement. The final “opera” was performed on the street in front of and inside New York City’s first dedicated site for conceptual, body-based and fluxist performance art, Grace Exhibition Space, July 12-24, 2012.

IMAGES IN SLIDESHOW ARE OF THE OPERA BEING PERFORMED IN BERLIN AT KULE THEATER AND BLO ATELIER, AT UNIVERSITY SETTLEMENT, CITY RELIQUARY, BRONX ARTS SPACE, AND GRACE EXHIBITION SPACE.

At Grace Exhibition Space, PPL also curated 20+ artists working in time-based performance across disciplines to deal directly with the “nature” of performance, operation of “nature” in performance, and conceptions of “nature” as such: